This interactive map service is very useful (it is regularly up-dated), with categories including:

Agri-environmental schemes, with at least 75% of Breinton shown to be under such schemes
Forestry and woodland schemes, such as Drovers Wood, Breinton Wood, and Breinton Court gully
Traditional orchards, with at least 25 shown for Breinton.

Many of Breinton’s ancient, veteran and notable trees have been plotted on this interactive map, – but there are more to add! 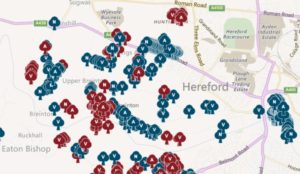 This site shows high risk  of surface water flooding in some areas of Breinton, e.g. close to Kings Acre Road

The Red Route has been approved (July 2018) for further detailed work. 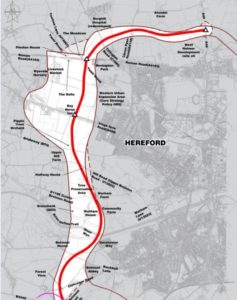 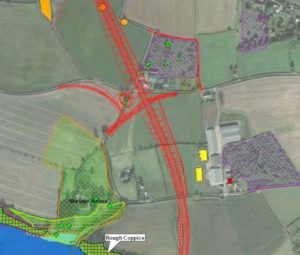 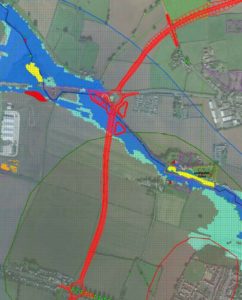